Nothing is sacred.
In 1966, Bob Dylan was a god to a generation. Or, at the very least, a prophet. By 1970 and a cover of “Blue Moon,” those who called him such were ready to stone him to death and tear him to pieces.
Self Portrait is not “lost” or forgotten. Not by any means. In fact it's one of the most infamous records in twentieth century popular music. Its infamy comes from the bombardment of scorn and accusations of betrayal its creator suffered because of the material contained therein. Not to make Bob Dylan sound like a cartoon villain whose plans have gone awry, but...
...maybe that was the plan all along.

It would border on asinine to suggest Dylan concocted Self Portrait to sabotage his entire career. Even as far-out as the man has stretched his image in his career through his various moods and personas – a torchbearer for Woody Guthrie, electric rock and roller, country crooner, wandering face-painted gypsy, Christian preacher, and most recently, torchbearer for Frank Sinatra – the thought that he meant to end his public life with this purposely uncharacteristic album is absurd. Self Portrait was more like, as hokey and cliché as it sounds, a statement. It was an artistic move, and a brave one at that, knowing the backlash he'd receive would make the boos hurled upon him when he “went electric” seem like a playful chiding.

Released as a sprawling, twenty-plus track double album in 1970, Self Portrait was condemned by both reviewers and fans, who were shocked that the spokesman of their generation was crooning harder than he had on Nashville Skyline. But instead of acceptable country music, he was now covering the Everly Brothers, Simon and Garfunkel, Gordon Lightfoot, and a slew of other borrowed material, both obscure and well known, all with a distinctly commercial polish – save for a few raggedly performed live tracks with The Band from the previous year's Isle of Wight concert –  that had the anti-establishment up in arms and pulling out the beads in their hair. The reaction, or fallout, to Self Portrait saw critics claiming Dylan had turned his back on his principles – whatever those were. Congrats to the lucky buggers who had somehow managed to crack Dylan's moral code. They asserted the Bard was indulging in a “commercialization” of his music; critic Ralph Gleason was seething, and even called for a boycott of Dylan's albums.
The heart of the entire matter may lie in Dylan's growing discontent with being hailed as a leader; in a biography by Anthony Scaduto, Dylan was quoted about this experience:

“I wasn't going to fall for that, for being any kind of leader... and because I wanted out, they all started to rap me.”

And that's what makes this album so perversely enjoyable. Didn't Bob Dylan tell us not to follow leaders in the first place?
Dylan's famous “motorcycle accident” in 1967 has been the subject of debate, not unlike most other facet's of his public and private life. Did it even really happen? Or was it an alibi to allow him to escape to the woods of upstate New York and hide from his followers? Whatever one believes, the subsequent lack of touring was made up for with an incredibly productive and prolific period in a basement in a big pink house in Saugerties with four-fifths of The Band, known as the "Basement Tapes." Even before their double-album release in 1975 (and even that was just scratching the surface of the load of material), the recordings were heavily bootlegged and had reached legendary status, many of the songs having already been covered by some top names. But the songs were not what they had been on Blonde On Blonde or The Times They Are A-Changin'. They were far from social protests; they were backwoods mumbo jumbo, nonsense that somehow made sense. Some had distinct messages – “Tears of Rage,” “Going To Acapulco” – others were head-scratchers that still somehow meant something – “Too Much of Nothing,” “You Ain't Going Nowhere.”
However one interprets those legendary dozens of songs, they were certainly the result of an artist in retreat, reshaping his craft, consciously or otherwise. 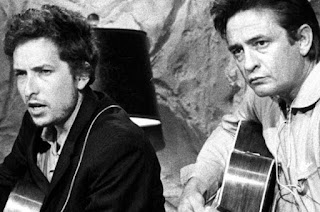 Dylan's next official release was John Wesley Harding in 1967, a deep album that left behind much of the electricity he'd been skewered for and out-folked his folkiest songs. On the record, listeners heard Dylan's voice begin to change. The change was subtle, but it was there. By the next year's full-blown country endeavor Nashville Skyline, Dylan's prominent nose was doing the vocal work. The album took the music world by surprise. Rolling Stone, the Village Voice Recorder, and everyone who was still with Dylan after the mysteries of John Wesley Harding collectively reacted, “wh... um... okay, yeah. Cool. Country voice. Johnny Cash. We'll allow it.”
Then, in June 1970, it happened. Like a double-disc Pearl Harbor attack of pedal steel ballads, prominent string sections, and angelic background singers, Self Portrait lives in infamy.

The title suggested the album would resemble some kind of personal diary, but it was anything but. That is, if one expected a portrait resembling the sour-faced Bob Dylan from the cover of The Times They Are-a Changin.' As reflected on the cover of this album, literally painted by the man himself, this Dylan had a face beyond recognition. 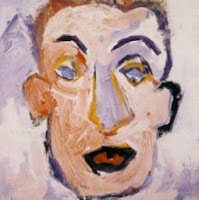 There was a touch of Woody Guthrie or Johnny Cash-like folk in “Little Sadie,” and “Days of '49,” but the absolutely Burt Bacharach-ish “Bell Isle” blew away any chance of redemption to the critics. The two records were filled with infamously dogged but... well, bizarrely enchanting covers of “Early Morning Rain,” “Blue Moon,” “Let it Be Me,” and an exquisite, if eyebrow-raising version of “I Forgot More Than You'll Ever Know.” Songs like these, and “Take a Message to Mary,” “Copper Kettle,” and “Take Me As I Am (Or Let Me Go)” (which is easy, but likely erroneous, to interpret as a thinly veiled message to the critics) were absolutely commercial. They were songs that could have been lip-synced on The Ed Sullivan Show by “Sink the Bismarck”/"North To Alaska" singer-songwriter Johnny Horton, had Horton been alive.

Most infamous of the tall stack of covers, the single track on Self Portrait that drew the most guffaws and groans was Dylan's duet with himself on a double-tracked recording of Simon & Garfunkel's “The Boxer,” sung with honky-tonk croon to boot. But Dylan had every right to cover a song by the folk duo in any way he wanted. After all, he invented their job, if only fortuitously – spokespersons of their generation. Critics begged for someone to assure them it was a joke. That this was avant-garde high art they didn't understand. That Dylan had an inoperable brain tumor that affected his judgment. The decision to include the live Isle of Wight tracks was baffling, but perhaps most telling in their poorly recorded and performed state. Perhaps Dylan's most identifiable, iconic song, “Like a Rolling Stone,” presented in such a haggard performance, he and The Band staggering through it, uncharacteristically jumbled, was too out of place not to be a calculated message.

But, statement though the album may have been, it still sounds like the Bard is having fun throughout. As with most Dylan records, a load of outtakes from Self Portrait have been released, and he sounds as carefree and jubilant as someone just happy to be recording an album. If the “back off” statement theory is correct, if this album really was Dylan's message to the masses to denounce or discourage their view of him as their prophet and leader, it sounds like he was having a blast making that message, rather than brooding in self-pity and loathing for the public. Consider it Bob Dylan's own experience of Stage Fright; his former backing group and proteges The Band released the album of that name the same year, their reaction to the dregs of being made public figures. But it only took them two years to reach that disillusion, while Dylan had endured a decade of it. And while The Band's reaction to the rigor of the music business and demands of public perception was to produce a record with a darker energy than their first two albums, their former employer's reaction had been to have a ball while his worshipers writhed in disappointment.

Given the scurrilous attacks the album generated, it's interesting to consider that Self Portrait is not generally regarded as Dylan's worst album; I nominate 1986's Knocked Out Loaded for that dubious honor, while many critics enjoy picking on Down in the Groove. It can only be the mythos surrounding Self Portrait, the legend and notoriety of it all that keep it from being ostracized in hindsight.

All the talk of statements and defiance on Dylan's part may be just romantic wishful thinking. Maybe he'd simply made a gross error in judgment and made a bad album. He would make a few stiffs in his lifetime. But even so, Self Portrait might have been the best thing to happen to Dylan at this point in his career, and maybe even his personal life. If only for the sake of his sanity. The album would leave a permanent footnote to his already puzzling and complex mythology, an exception and a caution to those who had exalted him as an all-knowing seer, holy and blameless in all his ways.
However one interprets the album – mistake or memorial – it has to be said that Self Portrait, with all of the debris left in its nasal, string-caked, mushy wake, is a testament to how quickly a generation's hero can be stabbed in the back. Even if Dylan was the one who handed his generation the knife.
But, it was also a testament to how quickly a hero can be forgiven for his sins, so long as the public is pleased. Dylan's following album, New Morning, saw Rolling Stone declare, “we've got Dylan back again!” The songs were serious, deeper, explorations of the domestic life he'd finally attained with his family, and, they were originals. Even the honky-tonk croon was slowly wearing off. It's just a theory, but maybe Self Portrait had to happen for the fickle critics to get Dylan back again. What could have been the next possible move after the country and borderline novelty of Nashville Skyline? A sudden return to social anthems? It would have been dead on arrival – dueting with Johnny Cash would have cast a pall over a new, scowling song referring to Vietnam or Nixon. And, if Dylan had skipped the spectacle that was Self Portrait and gone straight into the laid back, thoughtful role of "Pa" in New Morning, the public would have been just as confused, asking, “why isn't the prophet prophesying? He's singing about having kids and meeting Elvis. He's sold out!”

Rolling Stone "got Dylan back again" in 1971, but maybe the flogging he received with Self Portrait was a necessary step to Dylan getting Dylan back again.
Posted by Captain Bud Sturguess at 7:40 PM